Return to previous page
Up to 28% Kentucky tobacco has an earthy and nutty taste, a flavor that’s enhanced with fire-curing to release the tobacco plant’s natural resins

Description: Kentucky tobacco has an earthy and nutty taste, a flavor that’s enhanced with fire-curing to release the tobacco plant’s natural resins. Kentucky is an American tobacco cultivar, with Italian Kentucky grown in Tuscany.

History: The history of Kentucky tobacco in Italy dates back to the second half of the 16th century during the pontificate of Gregory XIII. During this period, a flourishing tobacco market developed in the Republic of Cospaia, a tiny independent state that measures less than 2 square miles. This early center of tobacco production evolved into a commerce haven, which was eventually divided between Tuscany and the Papal States when it lost its independence in 1826.

Also check out the SALT NICOTINE flavors if you have a cigarette dispenser.

There are no reviews yet. 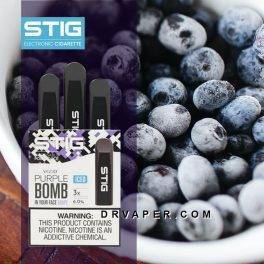 NOTE: DELIVERY TIMES FROM 6 PM TO 9 PM IN SAME DAY IN RIYADH CAPITAL. IF ORDER BEFORE 5 PM, OTHER CITIES WE SHIP EVERY DAY EXCEPT FRIDAY VIA SMSA EXPRESS AT 5 PM AND THE DELIVERY WILL BE AFTER 2 WORKING DAYS.

SIGNUP IN OUR NEWSLETTER

By clicking Verify, you are certifying that you are over 21+